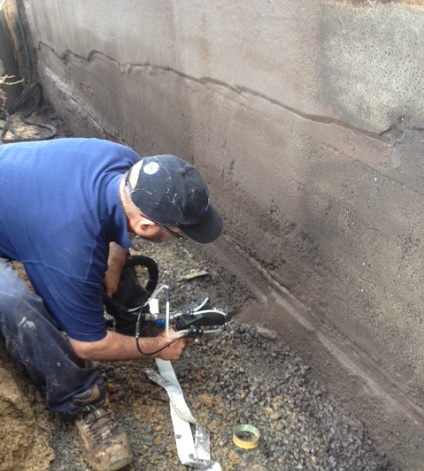 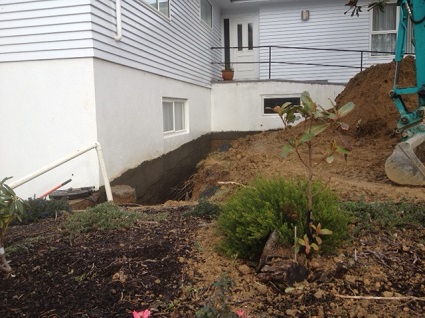 The owners of this house in Tawa, New Zealand had just about given up trying to get their basement water intrusion problems sorted out.

The basement of this house had been leaking for a longtime and the problems had become almost too much to handle. The owners had multiple waterproofing contractors come in and try to solve the problems, to no avail. On rainy nights, the owner said they would have to get up three to four times during the middle of the night to clean the water up with a wet-dry vacuum. They were in desperate need of a solution that works.

The TRITOflex liquid rubber waterproofing was quickly installed in just one coat to the basement foundation walls after the excavating, pressure washing, and priming. A drainage mat and protection course was then installed before backfilling. The exposed areas of waterproofing were coated white to match the existing color. The contractor also used TRITOflex to waterproof the concrete ramp walkway leading to the house that also was a source of water entry. Since TRITOflex is resistant to heavy foot traffic, it worked as a great waterproofing solution for this area.

After TRITOflex was installed, it rained heavily for a solid week. The contractor went back after that week to follow-up and the owners smiled brightly and showed him there wasn’t a single leak.